Every spring for the last five years I’ve taught the same undergraduate seminar on the economics of human capital in Latin America. In layman’s terms, it’s mostly about the causes and consequences of schooling and health in the region, and it includes a healthy dose of public policy evaluation. I’m teaching it a sixth time this spring and even though it’s been successful in the past, there’s always room for improvement. My teaching gets better when I try new things, and frankly I’m more engaged with the class when it’s got some new elements. The class doesn’t need a complete overhaul, but a little change can go a long way.

Starting with a blank sheet of paper when refreshing a class is hard, so the most important thing I do is read the post-mortem that I wrote after the last time I taught the class. This is usually based on both written student evaluations and actually talking to students at the end of the last class. I also read the short post-mortems I try to write after each class meeting for small things that I can tweak.

It’s important not to bite off more than you can chew, and this year I’m implementing just two of the many student suggestions I received:

Throughout the year, whenever I run across an article that’s interesting and related to the course, I write it down. Actually, I use Pinboard, but Evernote or a Word document, or even a real physical notebook would work just as well. Some years I skim the previous year’s relevant field journals for good articles. Then, when I’m ready to update my syllabus, I go back over the list and decide if I want to replace anything that’s already in the class. This year I added just two papers: 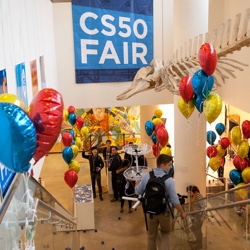 The change I am most excited about is inspired by Harvard’s mega-class: CS50. In that class, students present their projects at a big end-of-semester fair. There’s food, drinks, and music, and I think they even vote on who has the coolest project. We’re going to do the same thing. All semester my students build research proposals that promise to answer important questions about human capital in Latin America. At our brand new end-of-semester poster fair they will show off their work to the rest of the class. I’m hoping to get a couple other similar classes to join forces for a combined poster session. Students can invite their friends, and maybe I’ll even rope in a few “celebrity” judges. It might go terribly or it might be fantastic. In any event, it will be a great pilot for the big fair I have planned for the next time I teach econometrics and data analysis.