All semester long, my students have been working hard on research projects. They’ve passed in multiple drafts, incorporated much written and verbal feedback, and last week they all got to share their work with their classmates during our first ever digital poster session. I thought it was a rousing success.

Inspired by the CS50 project fair, the goal was to end the semester with a big party. I convinced another instructor to join me, and together we had about 35 students and a few of their more curious friends. We used Yale’s fanciest technology-enabled active learning (TEAL) classroom. Among other things, it has 14 large flat screen displays that we used to show the posters. In my mind, the primary benefit was that students didn’t have to spend any money printing posters, but it also gave them the freedom to include dynamic elements. In practice, most students created traditional single slide Powerpoint posters, but two went all the way in the other direction with Prezi.

We started at 7:30pm and each student was assigned to one of three forty minute rounds in which they answered questions about their project while the rest of the class walked around taking it all in. We had course-appropriate Latin music playing and I brought food and drinks. 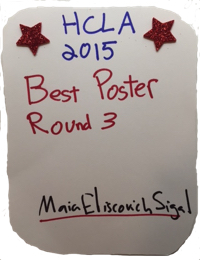 At the end of each round, all the non-presenters voted (using a Google form) for the best poster and the best project in their class. The prizes were hand-made, and the winners were all young enough to appreciate the glittery stars. 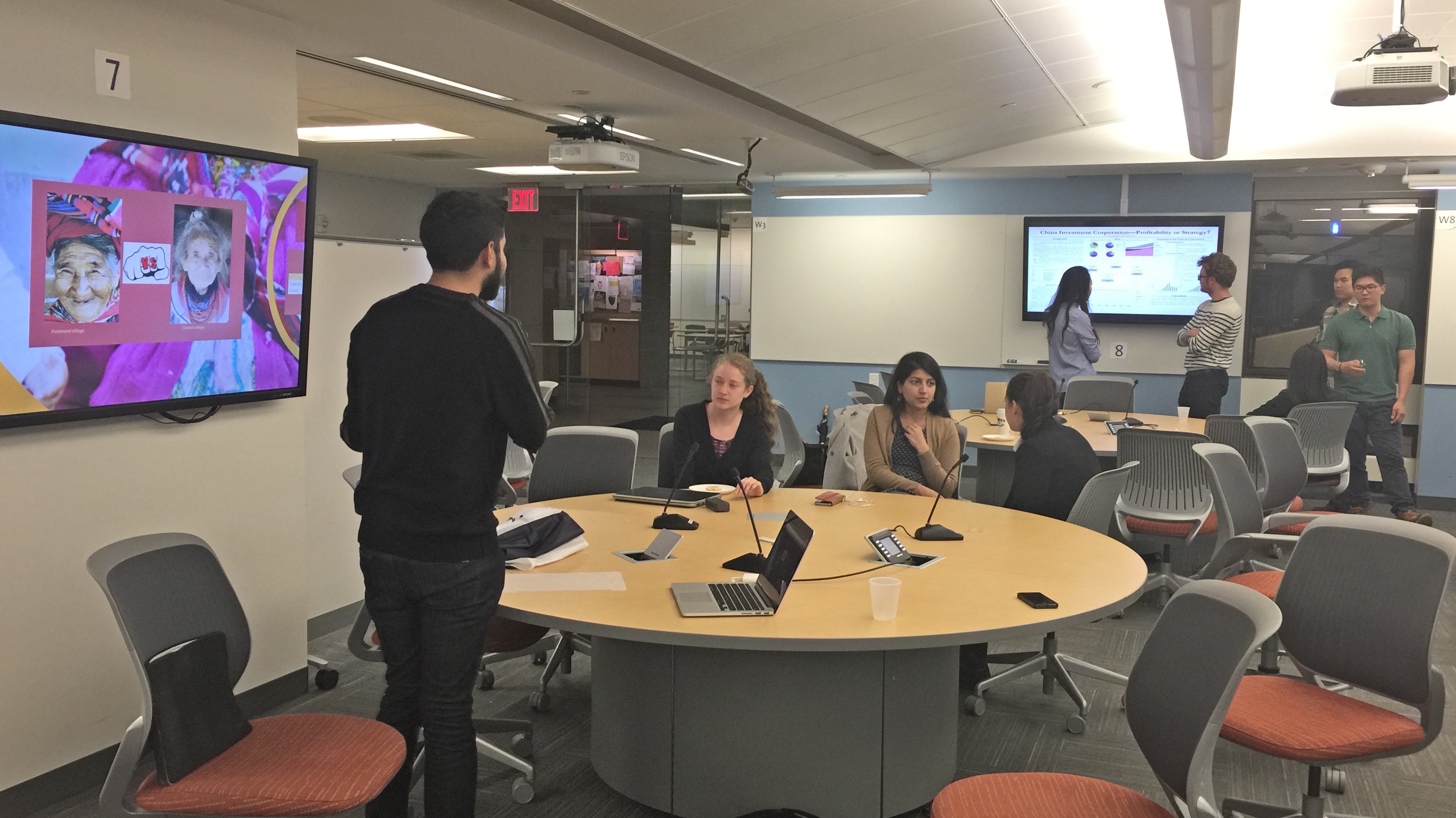 The whole enterprise was a lot of fun, and I had several students tell me they loved seeing what everyone else was working on. We had had work group meetings outside class earlier in the semester, but I was the only one in the class that had seen all the projects close up before this. Their written write-ups are due at the end of the week, so they also have time to make changes based on feedback they got during the session.

This success has given me the confidence to go ahead and try to scale up the experience to my fall econometrics class. Lots will have to change since that class has between 150 and 200 students, but the spirit of it will stay the same, and I think it will be fantastic.