Last semester I brought a huge bag of hardware to class every day and spent 10-15m setting it up. And then it didn’t even work as well as I wanted. This semester I’ve streamlined my approach and while it’s still not perfect, it’s a lot better.

The workhorse is the iPad Pro. It’s plugged into the projector with a simple Lightning-to-HDMI connector and has no problem making it through a whole day on the battery. The Explain Everything app displays my stack of pdf slides and has great annotation tools. The Apple Pencil is super responsive–It’s so much better than the performance I got last semester with the combination of PowerPoint (on Mac) and Astropad (espnon iPad). And when I run out of space on a slide, I just use the hand tool to free up room: 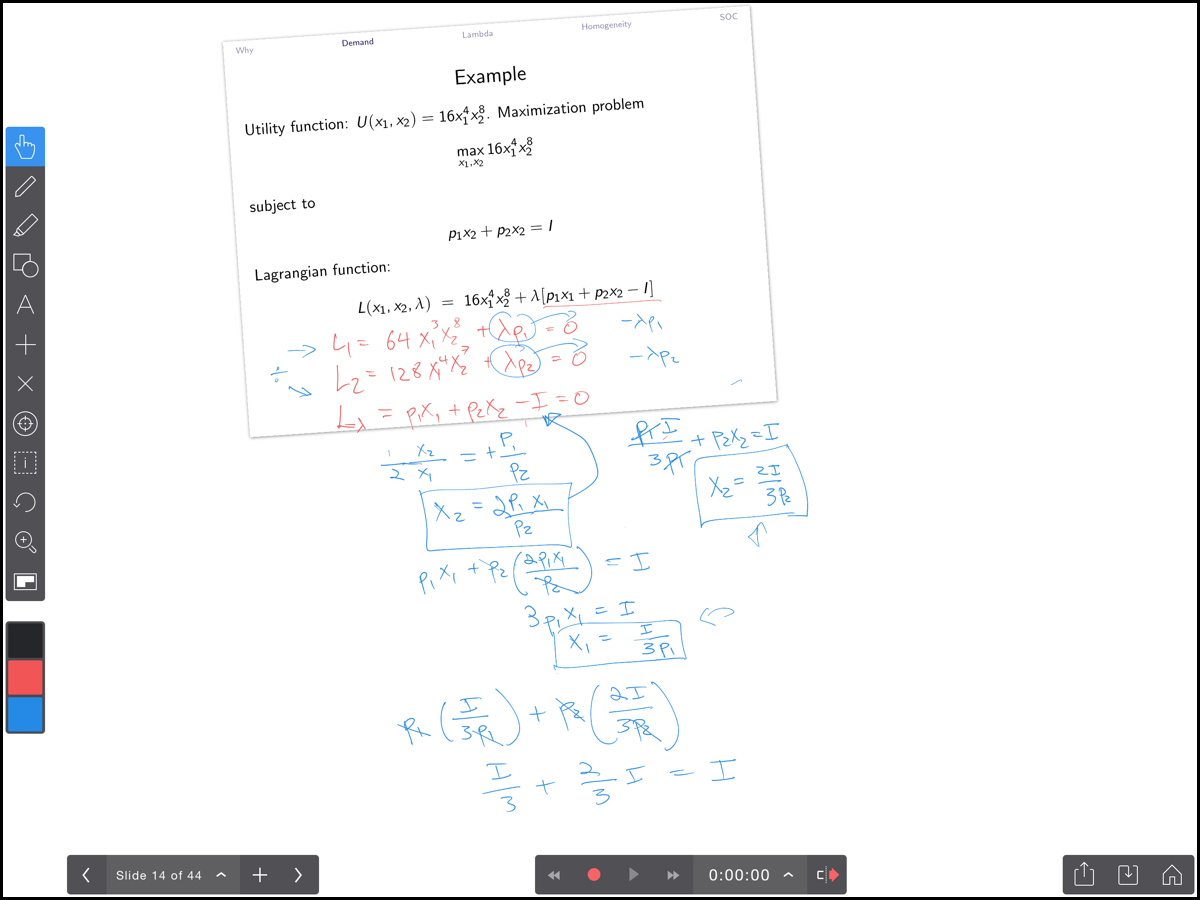 Due mostly to technical limitations of Explain Everything and the iPad1, I’m not video recording my lectures this semester. I am, however, posting pdf’s of my slides with all my in class annotations. And since I’m teaching the same class at 10:10am and 1:25pm my students have two chances to see it live. It will be interesting to see if the lack of recordings increases attendance.

Pretty often I do a bunch of algebra by hand with the class, but I also include it neatly typeset on later slides for their later reference. Handwriting the equations encourages them to take notes and forces me to go slow. Since the math is always shown on the big screen (instead of a chalkboard), everyone in the room can read it.

The MacBook on the podium/table isn’t connected to anything and is only there for me to look at during class. The screen is big enough to show the full set of slides open on one side with my notes on the other.

I wandered around the room a fair bit last semester and really appreciated being able to advance my slides with a remote control. There’s a lot less space to move around in my classroom this term so I haven’t missed the capability very much. That said, I’ve heard that you can use an iPhone as a remote in the newer collaborative version of Explain Everything.