After singing the praises of two stage exams a few weeks ago, I was dismayed when I saw the scores on our latest (two stage) midterm exam. Average individual scores were low (67), and while average group scores were higher (77), there was clearly a whole bunch of learning being left on the table. Luckily my teaching team is a creative bunch, and we improvised a successful third stage for the exam.

The first thing my TA’s, my co-instructor and I did was try to figure out what happened. After poring over the exams, we came to three conclusions:

In the next class, I re-taught a few things and pointed out areas they needed to review. Then we passed back the exams and told them about the third stage:

We wanted every student to have an incentive to review their mistakes, work hard to correct them, AND help their teammates do the same things. I also didn’t want my TA’s to have to grade another 120 exams. While I’m sure some students simply copied correct answers from teammates, I’ll bet they couldn’t help but learn at least a few things. Without a third stage, many of these students would have just glanced at their grade and never looked at the exam again. And I know for a fact that several students reported working pretty hard on the third stage and learning quite a bit during the process.

Here’s what the distribution of third stage scores looked like: 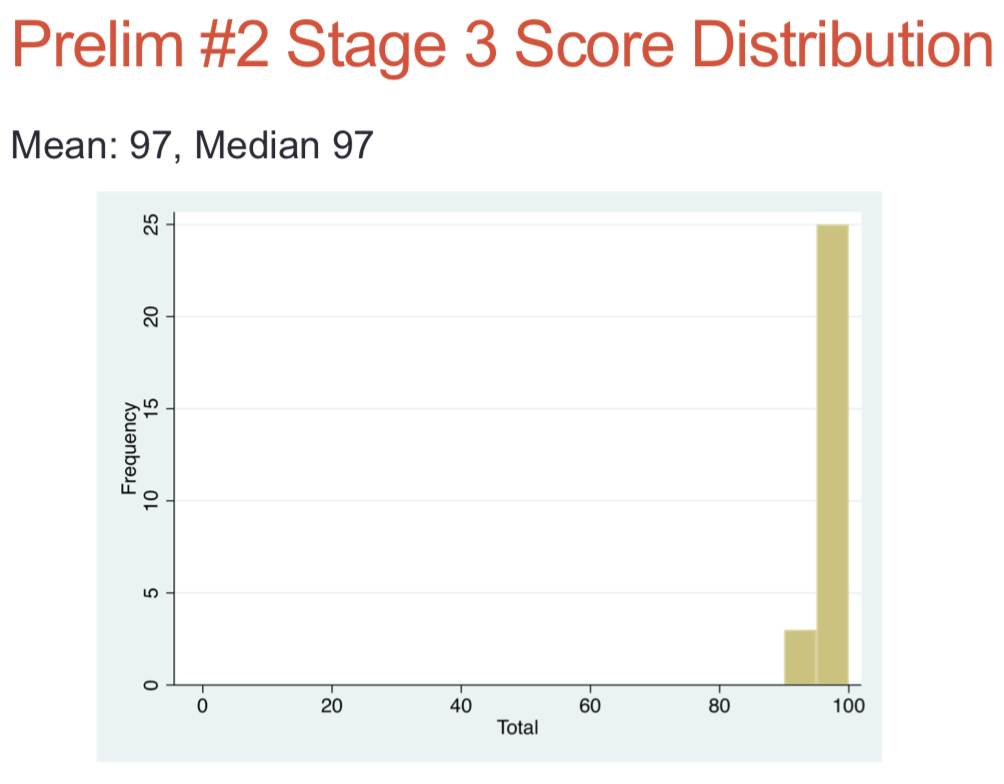 When life gives you lemons, make lemonade. Now let’s hope some of this learning holds up for the (cumulative) final exam.

NOTE: The banner artwork above is derived from Boston’s Third Stage album cover. As 80’s rock albums go, it’s okay, but their first and second albums are a lot better. If you’re not familiar with the genre, I’d recommend checking out Journey, Foreigner, or even REO Speedwagon first.